We’re told we should ask questions all the time. But what if you’re sitting there during a Q&A session after an excellent talk and genuinely can’t think of any questions? 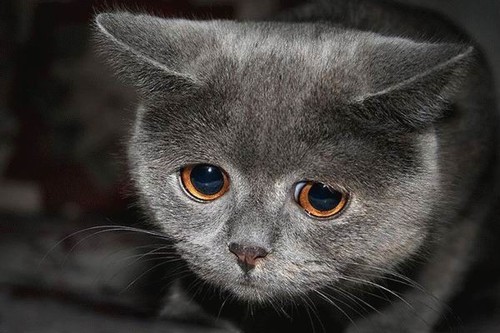 Two years ago, I decided I wanted to start asking questions. I ended up actually asking questions maybe 5-10% of the time. Now I ask questions around 50% of the time, and there are still settings where I repeatedly get stuck. It’s taking time but I’ve improved a lot in the past two years. It’s helped me learn better and even get internships and fast passes to talking with event speakers.

Why you should ask questions

If you don’t actually care about the answer to your question, don’t attempt to ask it unless there are no other questions and everyone is sitting in awkward silence (as it often is during Q&As).

Sometimes it might really be better to hold off. In specialist areas, you often need understanding to ask good questions. Consider a talk on Global Capital Markets (GCM) at Morgan Stanley, where the speaker threw us a new acronym every 15 seconds. It was the first time I’d heard of GCM and I could barely digest the content, let alone process it to ask a good question. Given there were 10+ hands up (Note that other people’s questions aren’t always as superior to your questions as you think), I held back and got to hear some really good questions from students who had prior interest in GCM.

Even so, I still could’ve asked a standard, solid question like ‘What do you find most stressful about your job?’ or ‘What do you do on a day to day basis?’ and would’ve likely got a useful answer. Some people think the latter question is asked too often and is therefore a bad question. But what matters is whether the story, view or information you can get from the answer to the question is valuable. It is surprisingly hard to get info online on what people in different areas and companies do on a day to day basis, and it gives you a much more realistic idea of what doing that job is like.

Questions that often get useful answers

Specificity and concreteness is key.

But people will judge me / but my question is bad

If people judge you for asking questions, they need to grow up. I used to judge people who asked ‘silly’ questions and sometimes still do. Don’t miss out on opportunities because someone else is immature. Think about the worst possible outcome and whether it’s really as bad as you think. Think about what you’ll become five years down the line if you continue to be passive. The latter might scare you more than you think.
Let’s look at this in more detail. There are two reasons they might judge you:
First on ‘bad questions’: okay, sometimes there are ‘bad questions’. E.g. if the speaker spent the past hour discussing their views on Brexit and you ask ‘What do you think about Brexit?’, that’s not ideal. People often say there are no such things as silly questions, but having said that, some questions ARE better than others. Even so, asking a less insightful question is no cause for shame – you are curious enough to have a question and brave enough to ask it. If you’re going to ask lots of questions, it’s almost guaranteed that some of them will be less insightful. Your aim is to ask so many that (1) sometimes you ask fantastic questions, i.e. the game-changers, and (2) you get better at asking questions and so ask fewer ‘bad questions’ through practice.
Second on people thinking you’re too keen: seriously, they need to grow up. (If they’re your seniors at work then there’s an argument for holding back a little, but that’s another world.) More than that, we need to grow up. For me, asking questions is as much about getting over the mental barrier of the fear of asking questions as it is getting the answer to that question. And since people rarely ask questions during Q&A anyway, I can do it at a low cost to others. So many people (myself included) spend so much of their lives not doing things because they’re afraid of what other people think. People working in palliative care say that’s the top regret people have in life. Overcoming this is extremely difficult – I don’t know if I’ll ever be able to do this, but it has great rewards.
Given that, here’s a trick to reduce the likelihood of people making fun of you. Sound confident. I recorded myself interviewing startup founders for the book CoCoon First 100 (which should be published soon this year) last April, and when I first heard the audio I wanted to throw up, I sounded so bad, so different from how I usually sounded. But I had to listen to the whole hour long conversation because I had to transcribe the interview for the book. That prompted me to change, not least because I didn’t want to listen to another 8-9 hours of me sounding horrible. So I got much better within days.
What are you waiting for? Get out there and ask.